After spending the weekend back in my hometown — taking some time to remove a few heavy furniture items and appliances from my mother’s recently sold home, my wife, daughter and I drove back up to Sandusky this morning just in time for lunch. We watched a few fireworks from mom’s backyard last night – one last chance to catch Thunder in the Ville.

We got home shortly after 12 noon and emptied the car. As we sometimes do, we decided to head over to Cedar Point for lunch — free dining on the season pass meal plan and a great place to just walk around for a few hours.  As we drove to the park and contemplated our various dining options, we opted to choose from one of several dine-in/sit down restaurants – narrowing it down to Coasters or Johnny Rockets.  I was in the mood for a grilled chicken sandwich, which I knew Coasters had, but wasn’t sure about Johnny Rockets. So as we entered the park and headed for Coasters, my wife suggested checking Johnny Rockets since it was already ‘on the way’ to see if there was a short or long wait and if they had a grilled chicken sandwich (which she thought they did, but I wasn’t quite so sure).  When we arrived, there was a moderate wait for a table, but they did have a chicken sandwich on the meal plan, so we decided to put our name in for a table.  When asked if we preferred an inside or outside table, we opted for whatever was available first.

An outside table opened up about 10 or 15 minutes later and we were seated. We had never eaten outside at this location before (always indoors) and I commented on how nice it was to dine outside on a sunny, but cool afternoon – right in the heart of the park. It was nice enough that we decided to take a few family photos while we waited to be served. 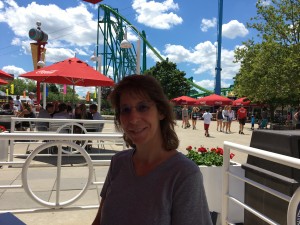 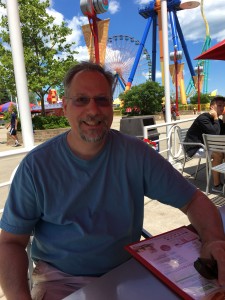 Other families were being seated at the surrounding outdoor tables at Johnny Rockets throughout our meal — nothing unusual about that.  One group came out shortly before we finished eating.  I didn’t really notice them when they came out or how long they had been sitting there, but as we were eating, I caught a glimpse of the back of one young boy’s shirt in their group.  He had a blue shirt on with the name “Sprochi” across the back and I think the number 12.  I thought to myself, how funny is that! I went to elementary and high school with a kid named Sprochi. I’d never heard or seen the name anywhere else since then, so I thought it was a funny ‘coincidence.’

That’s just about when I noticed the boy’s mom sitting a few chairs away from him and partially facing my direction. She had sunglasses on, but I recognized her face instantly. Her husband had his back to me, so I couldn’t see his face, but it was obvious!  I walked over to say hello to two of my high-schoolmates who it turns out a few hours earlier made the same family drive that I just finished up from the Ville.

It was a short visit, but special nonetheless, if only for the seemingly chance happening.  I had seen them both a few years ago at an impromptu 25th class reunion during a homecoming football game, but that was still a planned event and not a random chance meeting.

The Sprochi’s picked a beautiful day to come to Sandusky and enjoy the park. As we briefly caught up, he recalled mentioning to his wife earlier that day that he thought I lived in the Sandusky area — just one of those little asides that we think of or say on any given day.  Little did he know (or expect) that he would actually bump into me among the thousands of other guests in attendance at the park that day.  Had we not decided on the way to the park to eat at a sit down restaurant? Had we gone straight to Coasters rather than checking at Johnny Rockets for a chicken sandwich on the menu? Had their son not decided to wear a shirt with his name on it? Had either of our families decided that the wait was not worth it – or had one of us been seated inside rather than in the outside dining area? Would this chance meeting have happened at all? (This doesn’t even consider what other factors may have contributed to or altered the Sprochi’s decision of where and when to have their lunch).

[EDIT: I later discovered through sharing this blog post on Facebook that they in fact went to Coasters first — while looking for Johnny Rockets. While at Coasters, they could have decided this place looks nice, why don’t were just eat here, but instead chose to continue their quest to Johnny Rockets.]

Was it just a coincidence?   Hardly…

Brian, Meg, and family, I hope you all had a great time at the park today and that you will come back again sometime soon!  As often as we go over throughout the summer, there’s a good ‘chance’ we might run into each other again if you do! 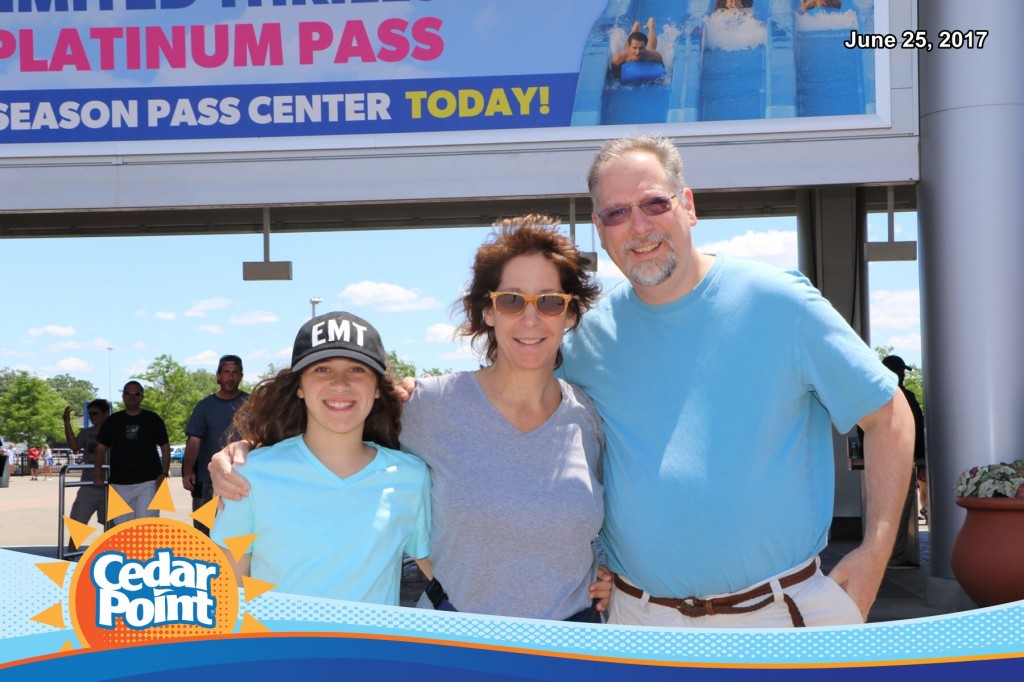