I’ve blogged many times about my family’s and my love for Cedar Point and what a blessing it is to have such a fabulous place to visit and walk in the summer months. We got season passes again this year in anticipation of the new Valravn ride.  I may or may not ride it this year because the lines will no doubt be quite long all the time!  There are still plenty of other rides which pack quite a thrill but at a shorter wait.

This past weekend, my older daughter and her brother came home from Florida for a visit and we went over to the park with them on Saturday for several hours.  We hoped to ride Valravn, but the lines were just too long for our liking.  We also discussed Top Thrill Dragster, but it was a little long also given that it is only a 17 second ride.  So instead, we hit Magnum, Rougarou, and GateKeeper.  I also let my older daughter talk me into two rides that terrify me — Power Tower and maXair.  Her brother then talked her into a ride that terrified her – SlingShot! See videos of that experience here! 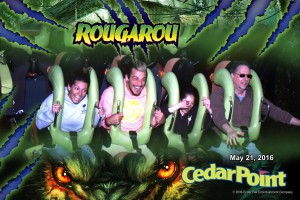 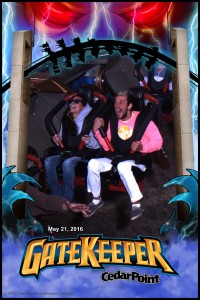 I may get in trouble for saying this, but our older daughter caught the eye of a tall, dark, and handsome food service worker at one of the dining options at Cedar Point. It was a build your own Mexican style menu, much like you would see at Chipotle or Qdoba, but he apparently spoke no English and we had to point at the ingredient options we wanted on our burritos. When another another worker came over to check on us at our table, he commented to our older daughter that his co-worker said that she was very beautiful, but that he only spoke Spanish and was unable to tell her himself.  All in all it was a very full Saturday and a fun time.

We have been talking about getting our front garden back into flower shape, and this happened to be the only weekend where that would be possible due to other weekend plans and commitments on the schedule.  So when Sunday rolled up on me, I woke up around 6:30 and considered whether I wanted to get started.  We typically go to 10:00 Mass, so I had a few hours I could devote to pulling weeds.  (It turns out I needed more than just a few to get at all the clover growing right along the fence line).  At first I was tempted to just leave the garden go and instead spend my morning on my laptop doing clicks. But I decided to get motivated and get moving and went out to the garden instead.

I donned some old jeans and t-shirt and some work gloves; I grabbed my iPhone and earbuds and downloaded a few of my favorite podcasts; I started working. I didn’t know how my wife would feel after the walking we did at Cedar Point the day before — that sometimes aggravates her chronic back issues, but I could at least get started and hope that not too many new weeds would sprout up if we weren’t able to finish the garden that day.

I was just about finished with what I had planned to accomplish — maybe another 5 or 10 minutes more, when I turned around/was startled by a young girl in her late teens or early twenties standing right behind me on the sidewalk.  I was so wrapped up in what I was listening to that I never noticed her or her friend walk over.  I pulled out one of my earbuds as it was clear she waned to say something.  She began speaking to me in broken English — saying something about a work form.  I held up an index finger and pulled the other earbud from my other ear so that I could hear more clearly.  That was when I was able to make out “phone” (not form) “work” and “taxi”. See that she was clearly frustrated that she was unable to speak better English, I tried my best to understand.  As she slowed down and tried again, adding in some additional details, I finally got the picture.  She and her friend were Ukrainian and work at Kalahari, a large water park in the area.  They were supposed to be at work by 9:00 (it was about 8:30 at the time) and they had just discovered that the public bus transportation they intended to use to get to work did not run on Sundays. When they saw me outside working, they thought I might have a phone and might be able to call a taxi for them to get to work on time. Because their English was not very fluent and they didn’t know well enough where they were to explain to a taxi dispatcher, she asked if I could call and make arrangements for them.

Foreign workers are very common at Cedar Point and the hotels and water parks in the area during the summer.  Cedar Point is large enough that I think they have their own employee transport busses, but I suppose Kalahari likely doesn’t employ enough people to make that service worthwhile.

I found a local taxi company, called and gave them the particulars, and then let the girls know that a car would arrive shortly in front of our house to pick them up.  They thanked me and took a seat on the street curb as I went back to my weeds.  Even though a few minutes before I intended to wrap up and go back inside to shower for church, I decided to stay out a bit longer to help translate when the cab arrived. As the girls spoke back and forth in their native language, I glanced up each time a car drove down our busy street, but none were from any taxi service.

By 8:45, when the taxi hadn’t yet arrived, the first girl walked back over to me — nervous that they would still not make it on time.  She asked me if I knew when the taxi would arrive. She explained that if they were late — “we will get 2 points and then we will be fired.” Clearly concerned that they would be late, I gave the index finger “hang on just a minute” gesture a second time.  I then went inside to ask my wife if she would mind if I drove these two out to Kalahari and asked her to tell the taxi driver if I wasn’t able to cancel and they arrived at our door looking for a fare.

I then went back outside and told the girls if they wanted that I would take them to their work.  They were both relieved at the offer and quickly tried to get into my neighbor’s car which was parked in front of our house!  I laughed, shook my head “no”, and pointed to the older beat up car further up the street.  One of the girls commented: “but you’re busy?” pointing at the weed patch in front of our house.  I told her it was okay.  I didn’t tell her that I have experience giving rides to strangers.

Once in the car, I tried to call the taxi company.  There was a recent call in my phone log, which I assumed to be the company’s number.  That turned out to be the person who MIS-dialed MY number a few days earlier, but was still showing up in my missed calls list! I then re-ran a Google search for taxis, but could not remember which company I had called! So I had to dial each one until I got someone who recognized the request!  Once I finally got the right number, the woman/dispatcher was a bit annoyed at the cancellation, but she got over it without much difficulty.  When she asked why it was being canceled, I simply told her that the girls who needed the taxi were no longer there.  They probably would have been charged at least a hour or two of their wages just for the taxi ride into work…

That resolved, I then tried to communicate a little bit more with them.  I learned that this was only their second day on the job at Kalahari and they had only been in the United States for five days.  I debated the decision to talk to them about the dangers of accepting rides from strangers and I ultimately decided not to say anything as I did not want them to misunderstand or make them scared and uncomfortable with me. Later that morning at Mass, I prayed that I had made the right choice.  Cleveland and Toledo are each only one hour away from Sandusky and both cities have reputations as gateways for human trafficking, being close to largely un-patroled international waters on Lake Erie.  The large volume of foreign students in the Sandusky area tourist workforce makes them an ideal target for the trade.

Only being in the country for five days, I don’t know if they were warned about those dangers or if they have the awareness necessary to stay safe. Hopefully that is something they know to be careful about.  But with the language barrier, I was afraid a friendly lecture might only confuse them into thinking I intended to abduct them rather than drive them to Kalahari.

Ultimately I was able to get them to work on time and we eventually understood each other enough to locate the correct drop off point at the employee entrance.  (If you’ve never been there, Kalahari is a pretty big place with a lot of potential drop off points!)  I was still able to get back home in time to shower and make it to 10:00 Mass.  After Mass, we bought some mulch, soil, and flowers and a few new bird feeders. We got the front garden weeded, planted, and mulched and made some progress (but not finished) in the side and back yards; and still had time to cook dinner and visit with our older daughter and her brother. In the process, our younger daughter was able to discover that she does like steamed crab legs in small quantities.  That will be good to know in advance of our trip to Ocean City later this summer!

What would have happened had I decided to be lazy Sunday morning and stayed inside? Would these girls have found someone else to help them get to their jobs? Would they have been fired two days into the job? Maybe, maybe not… Was it just coincidence that they encountered me just a few minutes short of going back inside?  Was it just coincidence that the clover had grown so thick along the fence line — which kept me out there longer than I had originally planned? 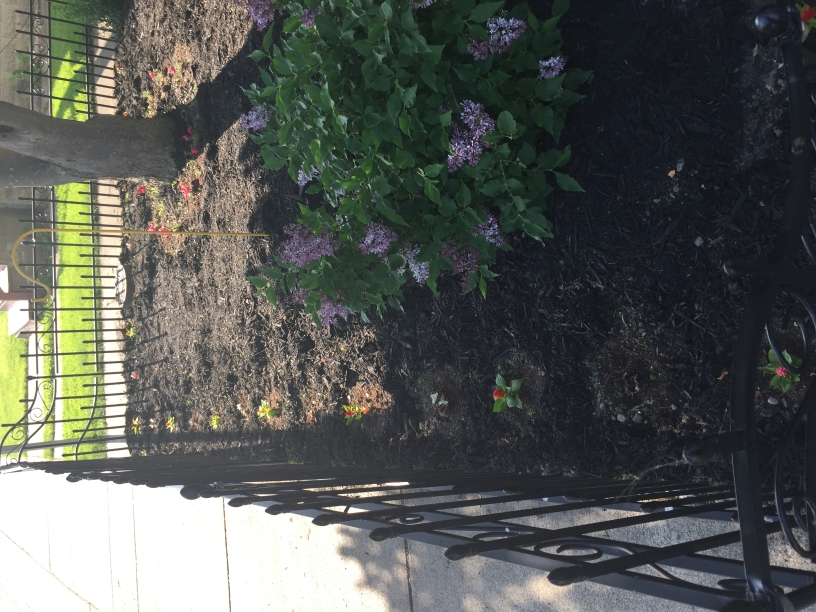 Praise God!!! (and continued prayers for my Ukrainian passengers and all foreign workers willing to take the service jobs at a pay scale that so many able bodied young workers in this country simply turn up their noses at).

One thought on “Language Barrier”